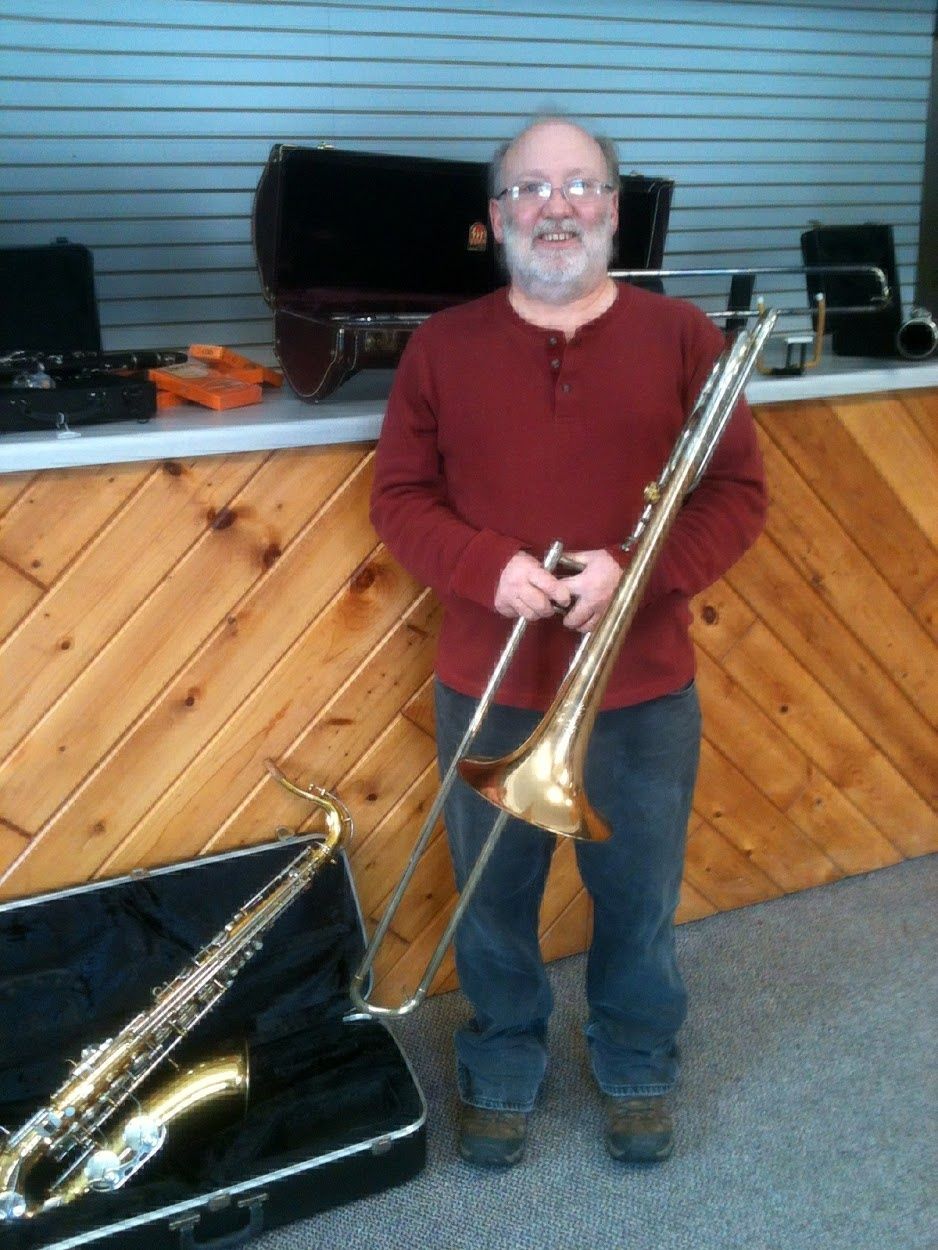 Milton Hanson has been involved in music since the 3rd grade, progressing from piano lessons to band, choir, music education and currently in music business. His professional music career began as a K-12 music educator in North Dakota and Montana after graduating with a music education degree from Mary College (now known as the University of Mary) in Bismarck, North Dakota. His degree included emphasis in vocal and instrumental methods as well as elementary and secondary education.

While pursuing his degree, he performed in the college concert band, concert choir as well as audition only groups such as the college jazz ensemble, college vocal music ambassadors known as the Sageway Singers and also in the audition only group, the Bismarck-Mandan Civic Chorus. During his teaching career, Milton also performed in two Dixieland bands, a Glen Miller style dance band and a university jazz ensemble.

Milton’s career in music business began in 1987 with a degree in Band Instrument Repair from Red Wing Technical College in Red Wing, MN. While at Red Wing, Milton had the distinction of being chosen by his peers to represent them and the school as the technician for the McDonald’s All-American Marching Band for their rehearsals and performances at the Fiesta Bowl and Rose Bowl parades.

After graduating from Red Wing, Milton took a position as repair technician for Draisen-Edwards Music based in Greenville, SC. Milton was given the task of starting and running a new repair shop for the company out of their Athens, GA store. During his tenure in Athens, Milton was the primary source of repairs for the University of Georgia Red Coat Band as well as all of the local school systems.

Milton advanced his career by taking a position as repair division manager for Fox Music House based in Charleston, SC. Fox Music was, at the time, the 12th largest full line music company in the country. His responsibilities included overseeing up to 5 technicians with work and time scheduling, managing the company’s rental fleet, administering the repair and maintenance contracts for the rental fleet and serving as the point man for contact with music educators and customers. When Fox Music House chose to open up a second repair facility in their Columbia, SC retail location, they chose Milton to open it based on his experience in starting up a shop as well as his ability to manage both locations.

During his time with Fox Music House, Milton was presented with and took the opportunity to purchase the Columbia repair business from Fox. He then formed Uncle Milty’s Band Instrument Repair, located in Lexington, SC. Besides serving the local schools, Uncle Milty’s was the primary repair source for the University of South Carolina Bands along with a number of their professors of music. Milton was also the technician of choice for a number of professional musicians and has been acknowledged on a number of album credits.

In 1998, Milton was presented with the opportunity to take possession of a historic school building in his hometown of Arnegard, ND. After taking possession of the building and spending 5 ½ years renovating the property, the Old School Bed & Breakfast was opened to the public. This business has been recognized by a number of national and international entities for its unique and well run status. The property and its owners (Milton and his wife, Vicky) have been featured by numerous print and visual media, most notably HGTV, Prairie Public Television, Midwest Living magazine, Prairie Business magazine, North Dakota Living magazine along with numerous newspaper articles. During this time, Uncle Milty’s was operated as a side business.

In 2014, Milton took advantage of the rise in real estate and business values generated by the western North Dakota oil boom and sold the Old School Bed & Breakfast and relocated to Park Rapids, MN where he has purchased commercial property and opened RPT Music and Consulting, LLC.

This company deals with sales and service of musical instruments. The consulting side of the business offers consulting services for a varied source of needs from music business to adaptive reuse of historic buildings to dealing with government entities.

Milton is a member of NAPBIRT (National Association of Professional Band Instrument Repair Technicians) an international organization serving repair technicians in their craft since 1976. Milton has served as a regional director, clinician and host at regional meetings and clinician at an annual conference. Milton has also presented clinics at teacher in-service sessions and for college classes for both instrument repair as well as the professional relationships between music educators and their local music company. Milton has also served on the board for the North Dakota Bed & Breakfast Association.

He has also been a presenter for a Preservation North Dakota annual conference on the subject of Adaptive Reuse of Historic Buildings. Milton is a member of Lions International where he has served on a local board of directors for years and also serving as a club president. Milton has been elected to and served on a city council for 12 years and has also served on a township zoning board. Milton also served on the advisory board for the Red Wing Technical College BIR program.

RPT Music and Consulting, LLC strives to make the experience of making music more enjoyable by allowing the performer to play on an instrument that is at its optimum playing condition. I strive to be professional in all aspects of business, whether it is the image I project through my finished product, or through my interaction with the customer both in person and by other means of communication. I also realize the professionalism does not end with the closing of the shop doors. I carry this professional attitude into the community with me. I strive to uphold the ethics of Band Instrument Repair as set forth in the Code of Ethics statement by NAPBIRT.

The logo for RPT Music and Consulting, LLC is designed to emphasize the primary focus of the business. Both the use of the closed repeat staff and the use of the abbreviated form of the word “repeat” show that we strive to gain REPEAT customers as well as striving to give instruments REPEAT performances through our repair efforts.